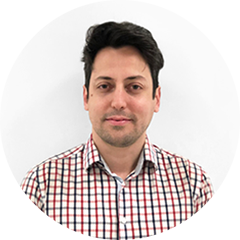 He holds a degree in medicine from the Faculty of General Medicine of Semmelweis University, and from the Faculty of General Medicine of the University of Oslo as a scholarship holder. He completed his residency and specialist training in Norway where he attended a number of European courses and trainings. After completing his professional examination, he worked as a Chief Physician in the Prosthetic Surgery Department of the Hospital in Drammen from 2014 until his move to Hungary. In addition to general traumatological surgeries, he performed a large number of minimally invasive hip, knee and shoulder prosthesis implantations and replacements involving no muscle incision. His area of ​​interest is the degenerative diseases of large joints, as well as shoulder and elbow surgery. He spent a total of 11 years in Norway, and in parallel with his professional training, he obtained a PhD degree at the Semmelweis University in 2014 as a result of his scientific research work. He has been working at the Tata Kastélypark Clinic since March 1, 2017.

Book an appointment for our specialist clinics!

Open: Monday to Friday 8am to 8pm